This entry was posted on April 24, 2014 by Theresa Frassrand. 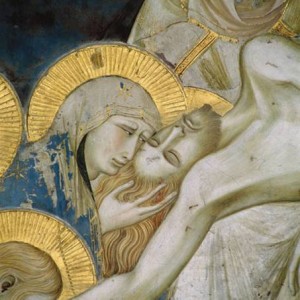 Mary is a Jewish woman who lived at the end of B.C and at the turn of A.D; she is the mother of Jesus Christ, the founder of Christianity.  Mary is the most virtuous woman to have ever existed and this is why she is infamous—more famous than any other person to have ever lived.  She even predicted that this would happen: “from henceforth all generations shall call me blessed.” (Luke 1:48)

Mary’s virtue comes from two sources: the first, is her Immaculate Conception, and the second, is her Fiat. Her Immaculate Conception is the same grace given to Adam and Eve.  It is being born without any imperfection: nothing amiss psychologically, emotionally, physically, spiritually, etc., .   Adam and Eve, however, didn’t keep themselves pure. They had the freedom to chose impurity or remain in union with God.  Given the same opportunity, Mary also had the freedom to choose; however, unlike Adam and Eve, union with God was her greatest desire.  This is why Mary’s “Fiat”— “I am the handmaid of the Lord, be it done unto me according to thy word.” (Luke 1:38)— is so beautiful.  Every day she had the freedom to say no, but she never did, not even when her beloved Son was tortured and crucified.

Because Mary never sinned (that is, chose anything unhealthy for herself), she is the model for all.  Imitating any of her virtues will only help us in our own journey to God.  Asking her for help then is the best thing that we can do for ourselves.  And the more we get to know her, the more we are able to appreciate her purpose in our lives.

Mary was born of Jewish parents, Joachim and Anna.  As a young child, she was presented to the Temple in Jerusalem, where she was brought up according to Jewish custom and educated.  Here, she was given in betrothal to St. Joseph.  During their engagement, the arc-angel, Gabriel, appeared to her and asked her if she was willing to be the Mother of God.  She agreed and conceived Jesus by the power of the Holy Spirit.

When St. Joseph discovered that she was pregnant, he considered divorcing Mary quietly.  Though before he could do this, an angel appeared to him and told him that the child (Jesus) was from Divine origins, and to not be afraid to take Mary into his home.

Around this time, Augustus Caesar decreed that a census of all the people should be taken.  This required the new couple to travel to Bethlehem to enroll.  Here, Mary gave birth to Jesus in a cave (or barn) since there was no room at any of the inns.  Angels appeared to nearby shepherds and announced the birth of the long awaited Jewish Messiah; the shepherds came to pay their homage.   Also, wise men from the East, who studied the stars and ancient prophecies, saw the heavens move in such a way that they were confident that their own prophecies had come to fulfillment. They followed a particular star and found the holy family.  They, too, worshiped the child Jesus.  Being warned in a dream to not return via the same route that they came, they returned another way; for King Herod (a person they consulted with on their journey) in a jealous rage and fear for his own kingship wanted to murder Jesus.   Likewise having being warned in a dream, Mary and St. Joseph also fled with Jesus; they went to Egypt and stayed there until King Herod died.

Not too much is known about Mary until Jesus’ adult life— although in Scripture there is an account of Jesus becoming lost around the age of twelve.  She and St. Joseph (after a few days of worry) find Him teaching the elders at the Temple, where Jesus explains that He is doing His Father’s work.  It is recorded that Mary pondered this incident in her heart.  (Luke 2:51)

Mary is not mentioned again in Scriptures until Jesus is in His thirties.  And we discover that she plays an instrumental role in beginning His public ministry by requesting her Son to turn water into wine.  She also has a vital role at the end of His life having walked His entire Passion with Him.  In His dying moments, Jesus gives His Mother to His beloved disciple, St. John the Evangelist. He also gives St. John to His Mother. (This gesture is considered as a symbol of Jesus asking Mary to be the Mother of all of His followers, and for His followers to look to Mary as their Mother.) Mary took Jesus down from the Cross and with other holy individuals buried Him.

In His ministry, Jesus promised that after He ascended into Heaven, another (the Holy Spirit) would come and remain with His disciples until the end of time.  The Holy Sprit did come (Pentecost) and Mary was present for this.

Because Mary was preserved from sin and remained sinless, she is believed to have escaped the natural decaying of the body that comes with death. She is believed to be in Heaven with her body and soul intact.  The tradition is that she “fell asleep” (Dormition) and was assumed into Heaven.  Here, she was crowned by God as the Queen of Heaven and earth.

This entry was posted in Blessed Virgin Mary and tagged Mary, Marian, Mother of Jesus Christ, Mary's Fiat, Mother of God on April 24, 2014 by Theresa Frassrand. ← Previous Post Next Post →